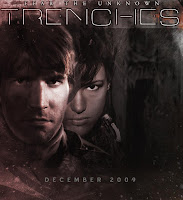 Here is some fun news. My weekly status check in with the studio hits pay dirt today!

My contact says to me " Perfect timing! I just got off the phone and we have closed the deal for Trenches!"

Congrats and awesome! It's taken some doing with the economy change and changing of the guard at Disney and ABC, but Trenches is still a product they are very proud of and have been pushing.

So good news and congrats to the team out there!

Trenches has a buyer, closes the deal, and now goes through the process of when and where the buyer wants to release online. I am not sure if I have permission to release the name of where Trenches will reside and who bought it, but I can say it is another big studio with a good product and branding image and they have a site I think Trenches will fit very nicely in and shake things up a bit maybe :) I feel it is a good match and proud to have them supporting Trenches.

So good positive news out there. It looks like Trenches will release in December is what they are talking about. I will share more official news with you as I can, but till now consider yourself plugged in and informed gray market style ;)

So if your still out there and wanting some "Trenches" then stay tuned.

IN OTHER NEWS
While I wait for Trenches, I actually am gearing up to shoot a fun action commercial. Car chases, ninjas, helicopter roof top chase.. you know... the norm for me :)

All for a 30sec spot! I got the spark again thanks to my good friend Zafe, and Marc so they are to blame for it all! I am going for it and see what happens. I will let you know more when I have something to show you, but it should be fun. Here we go again!!
Posted by SHANE FELUX at 8:23 PM 3 comments:

Way Behind - Summer Sum Up!

OK.. I have a lot of excuses for not updating but no one cares about that so let me get us up to date.. wow since July.. that is a lot. So here is a cliff notes summary 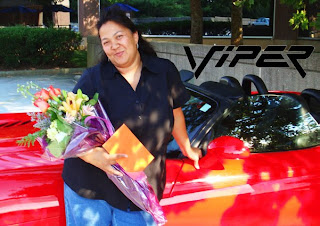 My wife turned the big 40 and to celebrate I did the theme
"you are only as old as you feel.. young at heart"

I got a babysitter for the evening, rented a Dodge Viper for my wife, gave her the keys to tool around in for 24hrs!

We went to a lovely dinner and drove around in the Viper as the sun set, the radio played and Dawn smiled. The next day I took her and the kids to King's Dominion as Dawn loves the coasters!Happy Birthday!
Summer Break - HOT FUN 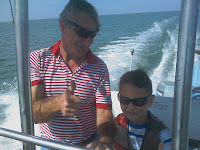 We got a chance to visit family over the summer and that means HOT Texas fun! Yep, August in Texas is always a blast 102 in the shade. But we still had fun as we went fishing, played at the beach, went to the aquarium, the boardwalk, so much in a short time and visited with much needed family I truly miss! The boys got to see the grandparents and all the spoiling and over stimulation indulgence that goes with that, and yes and of course pappy let's the boys drive the boat! I wish we lived closer to them all.

The Boys of Summer - 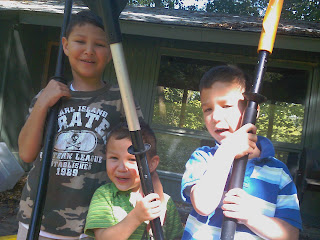 The boys and I got one last hooray in before they started school. So while Dawn went off to DragonCon for a week, me and the boys went into the Shandadoah Mountains and put in the hours of Summer to do some fishing, kayaking, swimming, hot dog/ marshmallow roasting, campfire 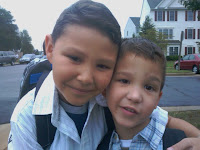 watching, & hiking. We even went to the drive-in. Once back home we did some putt-putt golf, Chuck E Cheese, video games and ice Cream. All in 3 days! Ahh summers all but gone and back to the books.

Speaking of which Ian started 3rd grade and Brennan starts his academic jump to Kindergarten. here is a picture of the two for the first day of school. Big brother helps little brother.
Thunder Rolls By - The Sound of Freedom

Finally, finally I got the stress reliever I have been wanting for a long time. Instead of spending time and money on my back on a couch talking to a stranger, I am off and rolling down the road the wind in my face and my trouble blown behind. Try and catch me!
Yes indeed. I finally pickup up a bike again. it has been about 10years or more, but I finally got back on two wheel. 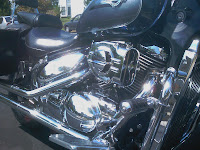 You see I have been riding since I was a kid. It started with pop - pop mini bikes, dirt bikes, the street bikes and by the time I was in High School I was riding my 600 Yamaha while my friends still rode the bus.
All through most of college I rode a 1200 Goldwing up to a 1500 year round, and that was the last time I rode, because after that it was off to NY, work, and empty dreams.

Ten years or more later I finally get back on the road and could not be happier.. well I could always be happier as I am only on an 800 Suzuki Volusia. It was all I could afford for now, but thanks to Patriot Harley Davidson and especially Bobby Ross, I am rolling again.
Someday I hope to get that Harley Heritage Softail Classic I have been eyeing... someday.

I could use a bigger bike and more torque, but for now I can make my 800 metric bike work.
A little chrome, throw a hyper charger on it with a stinger air trap, a bit of dress, and she is begging to be a softail, or the best a poor man can do for one.

Ahh yes. If your not into bikes I understand, but there is no greater freedom and it will save you years off a therapist's couch. Try it, be safe, and live free!

And in the Movies?
Well as you can see "in the movies" wise I have been taking a break. Do you see a pattern? Working and spending the summer with the family. But deals are moving within the studio and if I have not stated before, we might very well be looking at a December release. That would be a present I would like to see under my tree. How about you?? 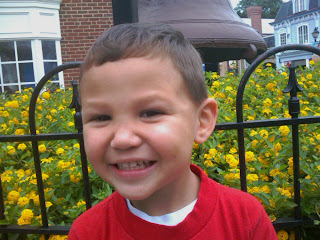 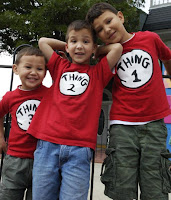 In the meantime here are a few pictures from the summer to make you smile and make up for the serious lack of blogging I have not been doing.. but hey it is/was summer!!

Enjoy the moments you can, as it can all go by or go away before you know it or before you are ready. 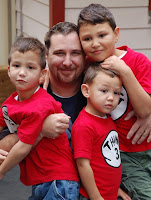 Be good to each other would ya, and watch my damn films :)