Get your Jedi On - watch now!

It's that time again folks. The annual Star Wars Atom Film contest! For us it's kind of like the Academy Awards for Star Wars film makers and it's a lot of fun. It gives young film makers a chance to show their work and perhaps shine. 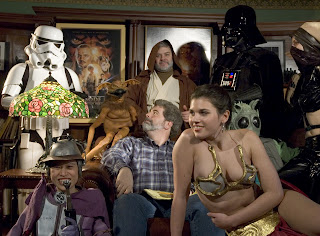 The Atom film contest is one of the things that got me making my first film "Revelations" and eventually then making "Pitching Lucas" which won the George Lucas Selects and Audience choice award. Still a great honor to me. 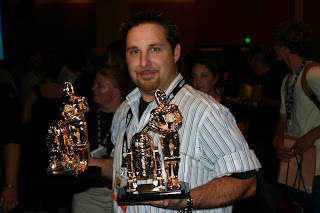 You can watch Pitching Lucas from HERE at Atom Films as well as Star Wars Revelations which has been broken into 5 parts. Watch the full film from HERE.

If you are really into it and want to go back in time here is a clip from my award speech at Comic Con 2006.

Sanctioned by Lucas Film, the Star Wars film contest winners will be awarded at this year's Comic-Con 2009 and I hope to be there to see the winners.

But in order to do that, YOU need to go and VOTE for the one you think deems the honor and award. Got watch some funny short Star Wars Fan Films, support and VOTE!

A few new articles have come out with the beginning of the Star Wars film contest. One of which is an old well written article from our friend Tish Wells titled "A Star Wars Fan Film is Born"
I find it interesting and curious as to why the newsobserver.com would dig up and use of this old article, but fun to read. Thanks again Tish!

On the Trenches front, I have spoken with the studio and they have a meeting to see about closing a deal this week which is looking pretty good. I should know more by next week hopefully.