Well I hope this Labor Day weekend is packed with great excitement and fun for you all. I have 4 days of excitement in store for me, as this labor day weekend kicks off the DragonCon event in Atlanta. One of the larger scifi/fantasy, and all around good time, conventions on the east coast.

But I will not be going to DragonCon sadly :(

No, my excitement is staying home by myself and watching over my 3 small children as my wife gets a much needed break and heads off to DragonCon for all the fun it holds.

What am I missing and what does DragonCon look like?
OH, something like this.. more or less, but often more. 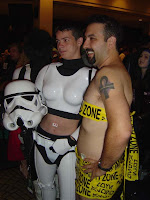 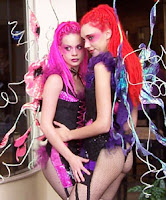 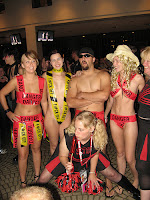 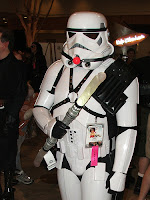 YOu get the general idea.

Anyway, fair is fair, as my wife takes the blunt of it when I have to go off to ComicCon and other events to promote my films or for my 9-5 work. So she will get to go and have some fun this time.

For me I will be fixing woobies, changing diapers, yelling "stop that", "take that out of your mouth", "leave your brother alone" as well as putting out fires. Oh yeah and editing Trenches at night... Oh yes, and exciting jam packed weekend in store for me with great fun to be had!

But if YOU are at DragonCon this weekend, and I hope you are, then be sure to look for my wife as she will have on hand and giving out FREE "Trenches" posters and Dog tags as they last. I think she might even have a few "Trenches" trailer DVDs. 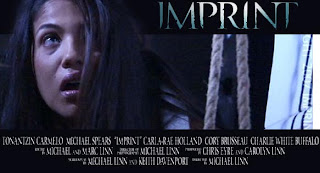 Editing "Trenches" has been going slow but I am making some progress and I have actually added a new editor to my team. Marc Linn, who has been a very good friend of mine from Linn Production, has agreed to throw his hat in the "Trenches" ring and help me out. Linn production has just finished their feature film "Imprint" and it should be releasing to various theaters soon. 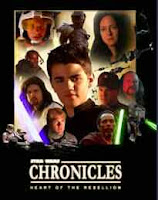 Marc is also a star wars fan like me and also did a fan film called "Heart of the Rebellion" which might come out in our lifetime, maybe. Marc shot the whole film started editing it and decided to go back and not just do pickups but reshoot the whole thing all over again. A perfectionist, and a damn talented filmmaker and artist.

I am thrilled to have Marc and Linn Productions join us on the team of "Trenches" as they are very talented and good friends of mine. It's always great to work with your friends.

So everyone be safe, have fun this holiday weekend and send me some pictures from DragonCon!

Get anything on Ebay .. even me it would seem

Ok, so I was taking a break from editing, for just a breather, checking my email and I was doing some ego searching on the web tonight (guilty) just trying to gauge how the buzz is going on Trenches and if the word is spreading and so forth, when I come across a link on ebay in which someone has got up for bid, one of my signed Trenches Posters that they got at Comic-Con! That is too funny for me. I was just there and someone is already auctioning a signed poster of me on Ebay .. LOL
I guess this person thinks I am someone or something. funny guys, really funny. Man is that seller in for a let down. He probably couldn't give it away.
The sad thing is that I am only worth $5. Come on I am worth at least $9.99 or something! Maybe I should bid just to try and make people think this is a valued thing. Yeah, start a stunt on myself and bid huge amounts on my own signature which then creates this flux in the collector's market and everyone going "I must have this, it is worth millions!" and then start hording my signature so I can control the whole thing.. then the world!
Well, I thought it was funny. My signature on ebay.. priceless.
I do think it would be funny to flood and ask the seller lots of questions like "does it come with a COA" and "how can I verify it's original as Shane Felux usually signs nothing and is rare". "Can you get more?", "Will you ship insured?" "I am a huge fan, where can I buy the Trenches movie?" .. stuff like that.
Anyway I just had to share, as it tickled me during my break.
Please help support Trenches and spread the word. slashdot do your worst, as it's not my server this time :) Oh, and the auction for the poster ends in 20 hours so rush on over.
Posted by SHANE FELUX at 10:55 PM 8 comments:

Well here is my report from the adventures that followed at Comic-Con 2007 for me. First off this was a whirlwind tour. The studio flew me out Friday afternoon on which I arrived around 5PST in beautiful San Diego. I so love the weather of that town.

I hoped in a cab, checked into the hotel and then met some of the studio reps for drinks in the lovely US Grant Hotel where I was staying. Then it was off for a wonderful dinner with the studio at Bertrand at Mister A's, an excellent 5 star restaurant with a stunning view of downtown. The food and company were excellent and at this point the drinks were starting to take their effect. Those that know me, know I am a cheap date when it come to the drinks, so I was feeling pretty good by this point. :) 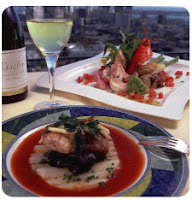 Next we all piled into cabs and jetted off to a bar for an industry party hosted by one the large talent agencies. It was open bar and that is never good for me. who was there? Well I met a good deal of great people working in the industry, producers, directors, animators, actors, and some stars even showed up like Liv Taylor, & J. J. Abrams to name a few. But at this point I was finding it hard to tell my left foot from my right so to help we went to another bar that was on the rooftop of a hotel and drank a bit more.. it's the best I can recall for you. Now bear in mind my body is on east coast time, so when I finally went to bed at 3am or so .. I was pretty beat.

I woke around 11am with my head complaining about it, showered, dressed and then headed on over to the convention. The whole reason the studio brought me in was to promote Trenches, and I was signing poster for an hour in the Inkworks booth. Jennifer Love Hewitt had just finished signing in the same seat I then sat in, so that is about as close as I got, other then in passing. Guys, she really is very hot, and the fans really enjoyed seeing her.


So I signed autographs for an hour and people actually lined up. I figured I would be sitting there for an hour like a dork, but the line actually stayed filled for the hour. A few camera crews came over and covered the event like, Xbox Live, The Daily Reel, ABC.com, etc. I bet people passing where like,

"who the hell is this guy?"
"I don't know but he is giving away posters and signing them .. let's get one"
So there ya go. You can watch the interview The Daily Reel did with me there on the con floor.

(I sound like a dork and not one of my better interviews) and a good friend of mine who has an Xbox said he was watching the Xbox Live Marketplace that was covering Comic-Con, saw me and jumped up scaring the hell out of his girlfriend yelling "holly crap that's Shane!"

So if you have and Xbox 360 check it out. I will post the video soon. I don't have and Xbox (how about hooking a brother up Xbox?)

The signing was fun and exhausting at the same time, thanks for everyone who came and for the kind support. It was great to see you and meet new people. I am always love to hear what audiences are thinking and meeting great people. It's a lot of fun and I am very lucky.


The only next highlight then was the Scifi Channel industry party that night, which I have to say was very nice and very well done. I got to meet and shake hands with Stan Lee and even Seth Green, telling him how much I like the Star Wars Robot Chicken special. There were actors from BattleStar there and a good deal of industry. It was a great time, too many drinks, and it was great company. Fun to be had, as I have never been to one of these industry party's before till this event at Comic-Con 2007.
Pretty swank!

So that is pretty much it gang. I was there for only 2 days and had to fly back home Sunday morning, then back to the 9-5 job on Monday and editing at night for Trenches.
Posted by SHANE FELUX at 11:16 AM 3 comments: