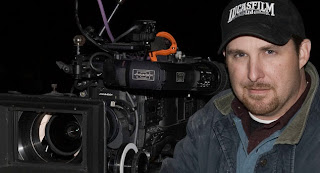 Well, I have finished my second week of filming "Trenches" and what a week it was. Rough. We had to do two splits. In case you are not sure what a split is.. it's when you split the day and start work on set at say 8pm and wrap at 9am. So you start in the night and work through a portion of the day. The trick and thing that sucks the most is that the day before you just worked 6pm to 6am, so the turn around can be kind of fast. We froze and got wet during the night, and then burned up during the day .. Ya got to love film making 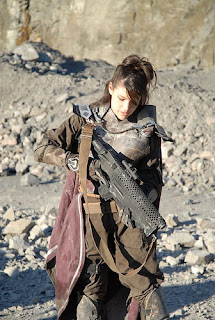 For me it meant my first split day I had 5 hours of sleep and had to go 24hours awake. Not fun. I was pretty beat and still feeling a bit slow, but we got all our shots at the quarry and we have wrapped that location. Two weeks in on "Trenches" and moving on. We have been doing 12- 14 hour days. Pretty typical and really not to bad. Big films can go 14-15 for days sometimes killing it's cast and crew. We are trying to keep it down, but making days on a film this big is tough.
We start back up this week and go 5 days straight (4 day on the bunker set, and one in the studio) This week is going to be tough , aren't they all, as it is the meat of dialogue and still a lot of action. Action films are hard to do guys. They require a lot of setups, angles and time. A few lines of script description on action can take 2-4 hours to shoot.. Uhhh.
The cast and crew are doing great and so far we are getting some good stuff. I can not wait to get int the edit room and see what we can put together. I just need to get through this week and then one 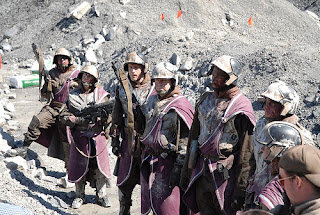 more and I am done filming. May 13th is my final wrap. Stay tuned.
Here are some more BTS pictures from day 3 & 4 on the set of Trenches
TRENCHES BTS DAY 3
TRENCHES BTS DAY 4
Thanks for all your support out there guys. I appreciate it and it really does help.
send money :)
- shane
Posted by SHANE FELUX at 1:48 PM 7 comments:

Wow.. Hey gang. I am sure most of you have gone on and forgotten about me (all 5 of you) , as it has been a while, but I have not forgotten about you. I have just been slammed crazy busy! I am really busy. Busy with what? 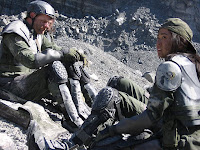 Well as I had mentioned in past posts I have been been working on a new film deal with Stage 9, and waiting to see if the green light goes up for that.
The Green light went up and I yelled "OH crap, What the hell do I do now!?"
So I got the big thumbs up from the studio and within 7 weeks of pre-production I was rolling in a mire of tasks. All this while still working my 9-5 job and family of 3 kids. It has been hectic to say the least and my wife takes the blunt of it. 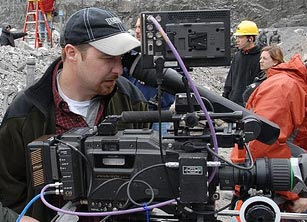 The end result is that I wrapped my first week of shooting last week, and then continue to shoot till May 13. A total of 14 days making a huge scifi adventure on a shoestring budget.
So I shot 4 days last week, went back to work Monday-Wednesday, and then back to shooting Thursday-Sunday and then do it again till I am done! Then comes post (sigh)
But my cast and crew are amazing and as always I am blessed with some of the best people and talent.
You want to see some pics from the first week? OK.. why not.
The film I am shooting is a Scifi action thrilled that is 55mins long and will be distributed into 13 episodes via the web. It's a broadband released pilot. The film is titled "Trenches"
here are some shots from the first week: 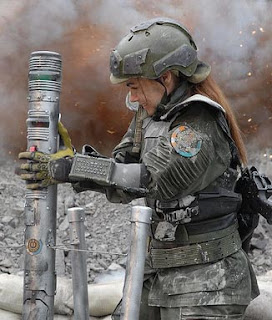 TRENCHES FIRST DAY SHOOT - pictures courtesy: Stephen Lesnik
How did the first week go? wow it was rough, fun and challenging but rough. This is the hardest film I have ever attempted. I say attempted as I am not even sure I can pull this off, but I will give it my all guys and hope you like the end result. The film is slated to release October '07. If it is well received and liked by you, audiences and fans it could have the potential to be a new TV show or feature. For me .. one bridge at a time and you know I don't hold my breath on things like that. I just hope to do the best I can on this project and then see where it goes, but man it is tough. The scope and scale is enormous and the pay is gas money, that is why I have not quit my 9-5 job.. I still have to pay the bills, but we are getting there.
Anyway, I have not forgotten you guys and I am still here (kind of, but holding on) and I will try and keep you updated. There is not an official website for the film yet (there is only so much I can do and I am working on it) but as soon as I have one up, you can be sure I will share it with you. Wish me luck, send me your blessings, and if you see me walking by on the street run me over and put me out of my misery :)

IN OTHER NEWS
I will be in LA for the 30 year special Star Wars celebration event as a guest. So I hope to see you guys there and you can check out the event here: STAR WARS CELEBRATION IV
the biggest Star Wars party ever held. Hope to see you there!
Posted by SHANE FELUX at 3:17 PM 8 comments: