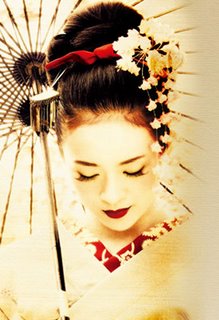 Hey Gang, just an update to let you know I will be out of touch for a bit as I am overseas in Japan for a week and then Thailand for two weeks on business.

I have made it safe to my first destination in Japan and it was one hell of a long flight.

The great thing is that I am finally here.

I have a fascination for eastern culture and even get a chance to practice my Japanese (I learned all I know from watching Shogun .. it's come in handy)

The people are very friendly and courteous and the weather is nice. So far I have not been able to see the sights yet.

Anyway.. That is the latest on my end guys and wanted to let you know what was up. 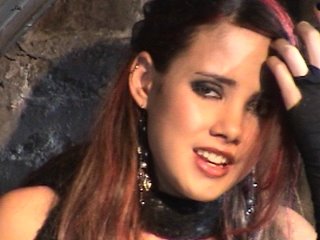 Well, I promised I would share a few pics with you guys from our last project, which was a music video shoot, shot in Baltimore, MD.

The video was shot for the band Op-critical and feature

s their young member"Siren"singing.
The song is about liberty and how it has been worn and tattered, so I took the idea and created a conspiracy type theme with an action story mixed around the video. We had about 12 sport bikes, SWAT team, guns, swords .... a typical X-ILE PICTURES production. Hopefully it will make sense and you will enjoy it when it comes out. Give it a few months to come out. 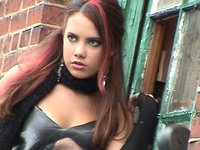 It was great to work with the team again and also bring in new talent. The end result was a two day shoot for 24 hours of shooting. Some long hard days as always, but we got some great

footage and my cast and crew were once again awesome. I brought in faces you might recognize like Frank and Gina Hernandez who have been doing a good deal of film work in NY, and all my old crew members. Together once again. When you work with people who you know will get the job done, are professionals, and are talented at what they do, it's always a treat and an easy call to bring them back in on a project. Holland Gedney even helped with make-up/hair and did a cameo. I even pulled Spat out of spatcave and he provided , as always, excellent props, wardrobe and was great to have on the crew with us. Special thanks to Tony for his expertise and kindness. Great job as always from the spatcave team.

Here are a few image galleries from some of the various people who snapped some shots on set. Myk Menez who played a rogue in "Revelations" and was kind enough to come out and help me coordinate and bring in all the bikes. The groups was awesome and some nice guys. Thanks Myk!

Here are some pics courtesy
Small Forest Studios/Myk Menez Photography.
(They are mainly of the bikes and so forth.. nice stuff)

Thanks again to all who came out and helped and that's all the info I got time for today guys. I will be sure and keep you posted and I hope you continue to follow our adventures. This new video should be completed late November let's say. of course I will post it here when it does.
Posted by SHANE FELUX at 9:51 AM 3 comments: